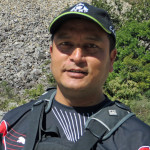 Mani hails from picturesque Assam, growing up amongst the sylvan surroundings of India’s great North-East outdoors. The rolling hills, abundant wildlife, nature’s glory in all its splendor, imbibed in him the love for the great outdoors. Mani discovered adventure quite early in his life. He won the President’s Award as part of Bharat Scouts and Guides in 1987 and since then, adventure has been his middle name. After leading and being part of umpteen treks, safaris and adventure expeditions, could it have been anything else? More so when you consider his real passion, river-rafting. He has been a part of and led various river-rafting expeditions in the country, namely on rivers like Alaknanda, Bhagirathi, Kali Saryu, Indus, the overwhelming Zanskar and the mighty Brahmaputra.

An MBA with more than a decade of experience in the adventure tourism industry, Mani is the co-founder of Questrails. Yes, he oversees and manages the operations of the company but if you expect to see him behind a sedate Director’s desk, you couldn’t be more mistaken. He is more comfortable handling client-calls hanging from a cliff-side or from the middle of a class three rapid. Besides that he loves to take the high road in the Himalaya. 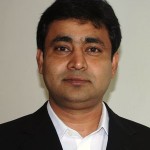 Tito Khan was born in historical Murshidabad in the hinterland of Bengal where he spent his formative years in the lap of nature. Schooling and College followed in Calcutta. Upon Graduation, he was selected to the Army as a Commissioned Officer. Thereafter he entered the corporate world and joined Tata Tea as an Assistant Manager being posted in the tea gardens. Having spent a few years working for Tata Tea, he shifted focus and moved base to Delhi whereon he entered the exciting emerging world of luxury goods business in India. He introduced Montblanc successfully into India and set up the operations across the country. After having spent over five years with Montblanc, he moved on, handling and setting up brands like Cartier, Corum, Vertu, Lange&Soehne,Rolex etc. over the next decade. Busy in the corporate world, setting up and marketing these luxury brands across India, he never lost touch with his first love, the natural outdoors. His hectic schedule not withstanding, he has trekked across the Himalayas with his wife Uttara, an accomplished artist, travelled and camped with his outdoor loving family in the harsh and beautiful upper reaches of the Himalayas like Sangla, Spiti and Ladakh. He is a keen wildlife enthusiast and avid photographer, having visited most of the wildlife parks in India and beyond into wild Africa. His love for the outdoors soon manifested itself and having spent over two decades in the corporate world, he quit to be an integral part of Questrails in 2012 as its Director and CEO. A new and exciting chapter in his life has just begun, waiting to Explore, Discover and Appreciate life in all its bounty. 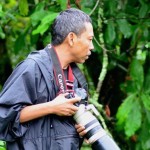 He is a journalist and in the past 25 years has served in various capacities and job profiles. But equally important to him is what he engages with outside his profession – he had dabbled with marketing handicraft items from the Northeast; produced and directed several documentaries; and loves to play motivator/counsellor to his junior colleagues in need of guidance. An optimist, he believes that life is beautiful and goodwill is a serious investment. He loves nature and the outdoors. Currently he is with Open magazine as Senior Editor. 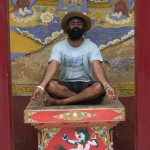 Ask anyone who knows him and they’ll say, Charan is the coolest guy you can have with you on a trip. He adjusts to everything and finds an adventure everywhere. His good humour and easy nature is also seriously infectious. He has organized and participated in treks and rafting expeditions all over the Himalayas for the past 15 years; a lot of them have more than benefited from his flair for leadership, planning and motivation. He has rafted on almost all major rivers in the country and has also been on climbing expeditions both in and outside India.

In fact, one would think Charanjeev was born to only live the outdoors to the fullest. And very few would connect him to the software graduate who runs large and complex business intelligence/data mining projects for the financial institutes as part of his day job!

And what does he do at Questrails? Ah, well! He is the living, breathing image of the brand itself. 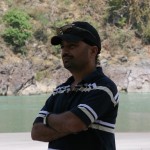 ‘Sunny’ as he is popularly known, is an ex-air force pilot, alumnus of the national defence academy, founder and ceo of ether ventures. He has been conducting out bound learning (obl) and classroom workshops for the past five years and has an experience of over 300 outward bound learning programs and more than 100 classroom workshops having trained more than 10,000 participants with leading corporates: covering aspects of team-working, motivation, leadership and various other behavioural dimensions. He has done his “train the trainer”. With his background as a military pilot, sunny is precise, sharp, agile and adept at handling people as well as adventure. As ceo, he mentors young professionals into facilitators and entrepreneurs. An avid golfer, he can hypnotize anyone with his vivid story-telling about all his glorious memories and experiences from his cadet days till yesterday!!! 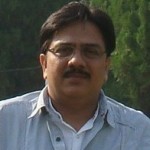 An educator by profession, a passionate photographer and off-beat traveller, Deepak – as his name signifies – loves to motivate the young generation with his inspiring experiences and mystical stories. He believes that learning is a lifelong quest and the frontiers are limitless. It’s all about daring, exploring, living fully and being in harmony with everything around us. Deepak has undertaken this earnest work of conducting adventure trips to deepen the outlook and also create a meaningful outlook towards life and raise spiritual standard of the upcoming generation.

In his quest for like-minded people and groups, parenthetically he got connected to ‘Questrails’ and was invited for a night’s-stay at Camp Bodhisattva on his way to Shimla where he was introduced to Questrails and its ethos. Later visits to Camp MegaTons and Camp RapidFire helped him understand the company’s philosophy which is much similar to his vision of promoting outdoor learning for kids, he decided to promote Questrails Camps and activities through his platform and later became an integral part of Questrails as Director for Outdoor Learning. 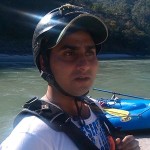 Deepu is as old at Questrails as Questrails itself, and the rivers know him since he was 5 years old. Two of the best River Runners of the country – Riju Raj Singh & Harish Kumar Negi  – have trained him, but the instinctive bond that he has with the rivers is entirely inborn. He has rafted on almost all the rivers of India and has led expeditions successfully. And river-rafting on dangerous waters is one of the safest things you can do in life with Deepu and also one of the most exciting. However, these are not things you will realize when you meet him. For Deepu in spite of all his achievements, is very humble (too humble, we think) and shy.

When he is on dry land, he is one of the main back-end pillars of Questrails. 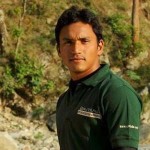 Sandeep joined Questrails as the finance guy, but quickly discovered camping and trekking were his forte as well. And being the smart guys he is, he put his financial discipline into maintaining the adventure Questrails is: he is a tough, sensible, practical and a sincere guide on treks. He organizes outings for children with the same meticulous care with which he tallies the red and blue columns of the books.  He delights in learning new things almost as much as he loves to see the profits pouring in.

However, in spite of the serious shift in career, fortunately for Questrails, the accountant still lives long and strong within Sandeep or ‘SANDY’ as the kids call him. This shy introvert manages all finance and admin work for the company apart from being a key facilitator during the school programs at the camps. He recently completed completed his mountaineering basic course from ABVIMAS – Atal Bihari Vajpayee Institute of Mountaineering and Allied Sports . 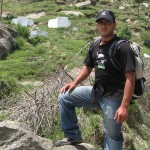 Dharam is a qualified mountaineering instructor since 2006 & has led treks for Questrails in Himachal and Uttarakhand. He has done his basic and advance mountaineering course from Nehru Institute of mountaineering. He is passionate about building leadership in children & is convinced that the outdoors is a great microcosm to do it. Children love to hear his outdoor stories. 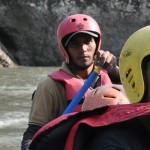 Has been one of the old hands in the river running circuit, and his key expertise is in ensuring that our Camps and trip logistics run well and consistently. Rafting guide and Trekker, he is adept at making you feel at home on our trips. Sonu manages logistics at Questrails and is in charge of making sure each trip leaves well stocked and returns with satisfied guests. You can ask him anything under the sun from current affairs to sports…a true General Knowledge Guru in spite of being from a remote village in Uttarakhand. 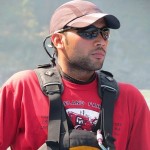 The bubbly new member in our squad and a very experienced river guide, he is a member of our core team who is always keen to participate in expeditions. He is a local inhabitant of Mala Village from Pauri Garhwal district. He has guided on some of the most challenging whitewater rivers in the Indian Himalayas (Zhanskar, Indus, Lower Indus, Upper Indus, Alaknanda, Ganga ). 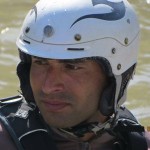 Naresh is a keen rafting guide and safety kayaker with over 5 years of experience. He belongs to the valley of Tons.  Whether it is his role as safety kayaker or raft guide, or supporting a trekking trip, he forms an integral part of our outdoor operation.