Beginning our tour in Leh, we visit see some monasteries, undertake day hikes and jeep safaris absorbing the stunning landscape. Visit villages and meet people in their homes to get to see the life style of the locals. We will travel to the Nubra valley along the famous silk route crossing Khardungla, the highest motor able pass in the world.

Welcome in traditional Ladakhi style and transfer to our pre-arranged hotel, rest of the day at leisure to acclimatize. Overnight stay at hotel

Leh City: The capital of Ladakh, at one time was a major stop on the Asian “Silk Route”. A stroll along the main bazar, observing the varied crowd and peering into the curio shops, is an entrancing experience. Chang Gali, behind the main bazar is less bustling but has intriguing little shops selling curios and jewelry like pearls, turquoise, coral, malachite, lapis and many other kinds of semi-precious stones, as well as curiously carved Yak-horn boxes, quaint brass locks, china or metal bowls etc.

Evening we visit Shanti Stupa A magnificent white-domed structure, The Japanese for World Peace built the Shanti Stupa, at Changspa, on the hilltop, and was inaugurated by Dalai Lama in 1985. Its state of the art work attracts a lot of tourists to Ladakh and is spectacular to watch. From there one can see the nice spectacular view of Leh town.

The stupa looks best at night, when it is beautifully illuminated with glittering lights. A large number of tourists come to Ladakh every year to visit this amazing stupa.

We start with a visit to Shey the ancient capital of Ladakh. The monastery here has a huge gold-gilded statue of Buddha Sakyamuni with a large silver lamp burning in front of the statue, built in the memory of King Singee Namgyal by his son lDeldan Namgyal in 1633 A.D. It is the only kind of statue made of Gold, Gilt and copper in entire Ladakh.

Then we visit Thiksey Gompa an impressive complex rising tier upon tier on a hill above the village. The monastery has a beautiful 30 m high gold-plated statue of Maitreya Buddha, the Buddha of the future is one of the most beautiful monasteries of Ladakh,.

Drive further to visit the famous Hemis Gompa, This is the largest monastic foundation of Drukpa Kagyu Order of Tibetan Buddhism. Most of the other Drukpa monasteries are the branch monasteries of Hemis. It was built during early 17th century with the blessing of Lama Stagtsang Raspa (Shambunatha), by famous Namgyal dynasty king Singee Namgyal.

Stok lies south South of leh on the opposite side of the singe Tsangspo River. The castle was built on a hill at the end of village in about the year 1825 by king Tsespal Tondup Namgyal. In stok there is also the sacred monastery of Gurphug, a branch of Spituk Monastery. On the 9th and 10th days of the first tibeten month of the festival called the “Guru Tshechu” is held during which the monks of Spituk Monastery come to perform the sacred dances. At that time two gods make their appearance.

After visiting the stok palace we take a hike to beautiful Stok George. Later we walk back to stok and spend a night in Village Home Stay.

Post breakfast we walk to Matho Gompa, Which is about 6 kms from Stok and houses some incredible statues and paintings. The monastery was founded by Lama Dugpa Dorjay in 16th century. Matho is the only Sakya-pa establishment in Ladakh.

Matho monastery is renowned mainly for its yearly festival, which takes place on the 14th and 15th of the first Tibetan month thus in late March or early April. It is known as Nag-hrang after the name of the local god (sa-bdag).  Following drive to Stakna

After Visiting Matho we drive to Stakna Monastery, Stakna is a small monastery, comprising the private apartment, all newly decorated in good Tibetan style, a Du-khang and the rooms of monks and attendants. The Du-khang contains a silver gilt stupa, some seven feet high, set up by the present Head Lama Stakna Rinpoche. Other items of interest were the images of three Drug-pa lamas, Padma Karpo, Ngag-dbang rNam-rgyal, the stone man of Bhutan in 17th century, and of Ngag-dbang rGyal-mtshan.

Later in the evening drive back to hotel. Evening at leisure to stroll in the bazaar and overnight at the hotel

After an early breakfast we leave for Pangong Lake through Changla pass 5486 Mtrs. Pangong Lake, situated at 14,000 feet (4,267 m). A long narrow basin of inland drainage, hardly six to seven kilometer at its widest point and over 130km long, it is bisected by the international border between India and China. A few years back the government decided to open it to tourists though the lake and its surrounding is under army surveillance.

After spending some time at Pangong Lake we drive back to Leh hotel for overnight stay.

Gurudwara Patthar Sahib Nestled deep in the Himalayas, about 25 km from the town of Leh, which was built by the Lamas of Leh in 1517 to commemorate the visit of Guru Nanak Dev. It was run by them for over four centuries. Currently, the Army is looking after it.

A drive of another 4 km took us to Magnetic Hill which defies the law of gravity. It has been noticed that when a vehicle is parked on neutral gear on this metallic road the vehicle slides up.

Driving through a picturesque landscape we reached the confluence of the Indus and Zanskar river 4 km before Nimmo village. One can have the magnificent view of two rivers in wed lock. In season they have different colours, flow and beauty. It is at an altitude of 10,823 ft.

Later we drive back to Leh and visit Hall of Fame near Leh is worth a visit for every citizen. It is a glorious museum constructed by Indian army. You can see the memorabilia, eminent defence personalities with biographies, images and weapons used during Kargil war and belongings of enemy soldiers found at war site. Another section of this building is entirely dedicated to Siachen and its heroes.

On display are attires, multi layered shoes to keep their feet from frost bites, their daily instruments, their day to day food mainly frozen and packed, which is heated by lighting small balls of Hexamycin tablets, as fire is difficult to ignite at a temperature dipping -30 deg to -50 deg centigrade. It is mentioned on a board that 97% of the casualties in Siachen are due to cold and terrain.

In the evening return to the hotel for dinner & overnight at the hotel.

After an early breakfast we drive for Nubra Valley via Khardungla (highest motor able pass in the world) and Deskit.  Arrive camp by 1400 Hrs followed by lunch. Time at leisure. Overnight stay at the camp.

A brief description of Nubra Valley

Welcome to the Nubra Valley, Ladakh, India. The only place in India where you can spot the double humped Bactrian Camels in a desert with several kilometers of white sand dunes at over 10, 000 feet.

Nubra Valley is about 150 kilometers from Leh, the capital town of Ladakh. The ride will take you more than 6 hours depending on the snow and Army movements.

The main attractions of this region are the Bactrian camels (double humped camels), Khardung-La Pass (world’s highest motorable road at 18,380 feet), the Diskit and Samstaling monasteries and the hot springs at Panamik.

Diskit, Hundar, Panamik and Tiger are the main towns and villages of Nubra. Diskit is home to a busy and dramatically positioned Gompa. It is also the administrative center of Nubra. Hundar is the greenest of all Nubra villages. This is also the place where you can view the splendid beauty of a desert. The Bactrian camels (double humped) are found here and one can take a camel ride on the white sand dunes. Panamik village is famous for hot water springs, reputed to have therapeutic qualities.

After early breakfast proceed for a short walk or visit Deskit monastery and drive back to Leh. Evening free in Leh. Overnight Hotel.

Tour concludes. Questrails thank you for your patronage and ensure a punctual transfer to Domestic Airport to catch the flight for your onward Destination.

The above cost includes the following:

The above cost does not include: 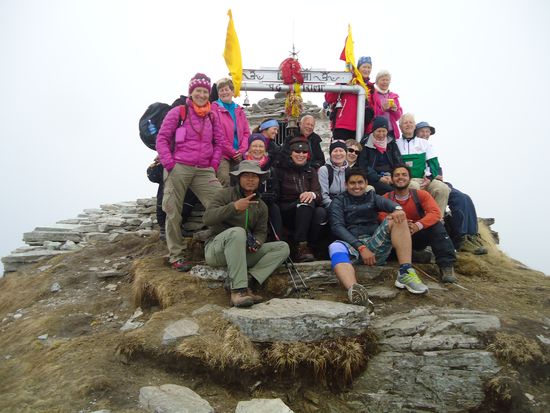 Make 2016 an Adventure to Remember! 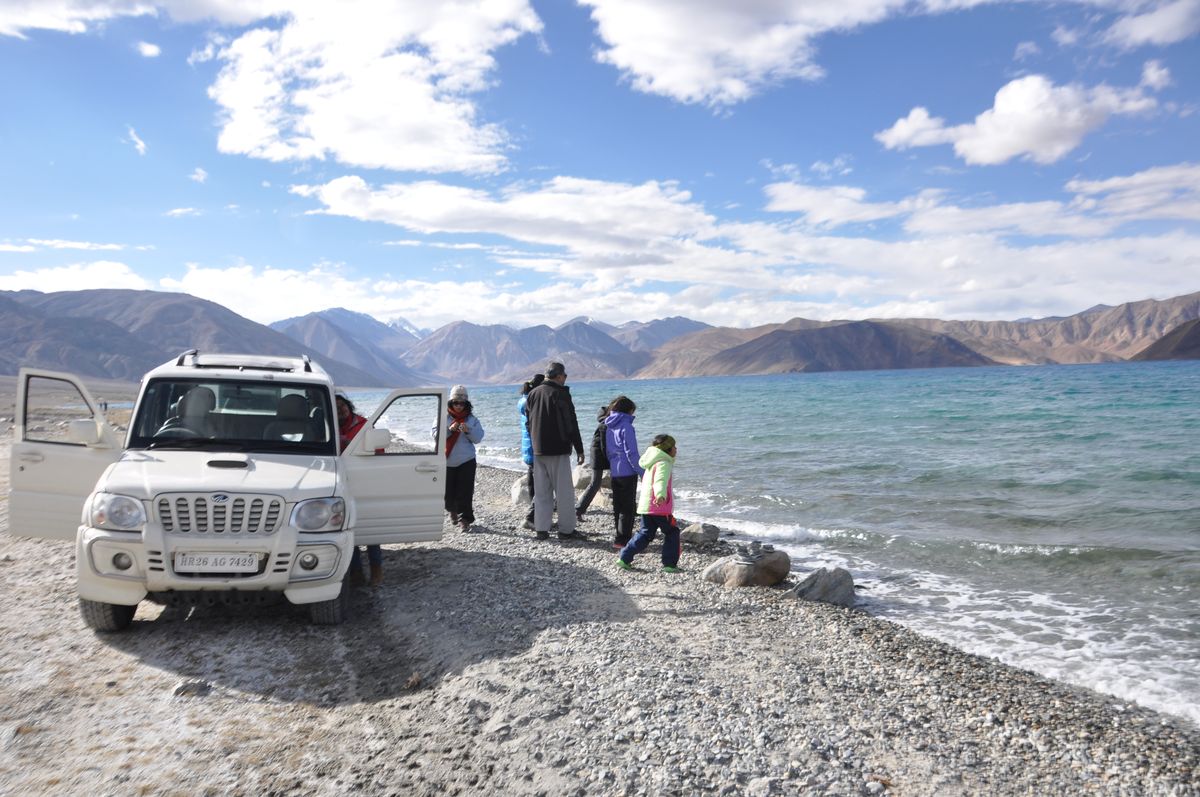